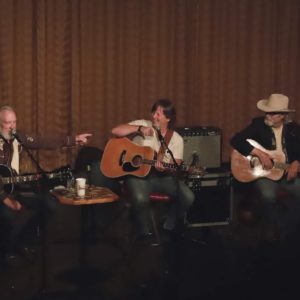 James Dean Hicks’ songs have been recorded by the biggest artists in the world including Blake Shelton, Miley Cyrus, Kenny Chesney, Reba McIntyre, and Alison Krauss. He has new songs on a multitude of great artists like Jon Wolfe, Joel Crousse, and Joe Nichols. Some of country’s best-selling performers of all time are also well-represented on the list. Merle Haggard, John Michael Montgomery, Neal McCoy, Collin Raye, Kenny Rogers, Bryan White, Crystal Gayle, Charlie Daniels, and Conway Twitty, and pop superstars Aaron Neville and Tony Rich have included his songs on their projects. He also wrote the title cut Sweet Kisses for pop icon, Jessica Simpson, as well as, Life is a Party by  Aaron Carter.  He also  has songs in many film and TV shows such as A.N.T. Farm, Hart of Dixie, Austin & Ally, Deep Impact, and many more.