Montana singer-songwriter, Mike Murray, released his fourth studio album, Difficult Days, in March 2018 to consecutive sold-out audiences at the LaSalle Grange Theatre. Difficult Days was included on the 2019 Grammy nomination consideration list under Best Rock Album. Three years and 500 shows prior, he released his third studio album, Tumbleweed (June 2015). Tumbleweed was rated as the best local album of 2015 by Kalispell, MT, newspaper, The Daily Interlake. Several of the songs from the album earned him first place at the Northwest Artist Syndicate’s Singer/Songwriter showdown.

Prior to Tumbleweed, Murray released a five-song, rock/blues EP, Balance and Rhythm (October 2013), followed up with some regional touring in Colorado, Utah, and Montana, including a headlining slot at the 2013 Denver Oktoberfest. In May 2011, he released his debut album, International. On the heels of which, he performed locally, played several dates in Europe including an appearance on National Dutch Radio station, 3FM, and toured the USA from coast to coast.

Some of Murray’s additional highlights include performances at SXSW (Austin, TX), Red Ants Pants Music Festival (White Sulphur Springs, MT), The Crown Guitar Festival (Bigfork, MT), Live From The Divide (Bozeman, MT), Under the Big Sky Festival (Whitefish, MT), The Wilma Theatre (Missoula, MT), local and regional radio play, and a feature on MTPR’s Musician’s Spotlight. In addition to a steady calendar of live performances throughout Montana, Murray is currently working on his fifth studio album, which is set for an early 2020 release. 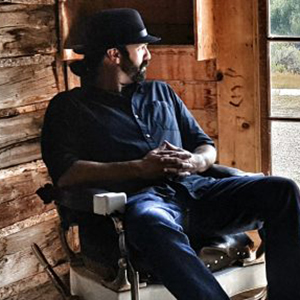